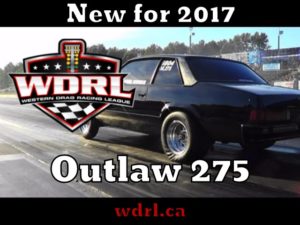 The WDRL is starting off the 2017 season with the addition of two new classes to join the already busy program of 6 current classes. Go to the best and play with us beste online casino bonus ohne einzahlung. A big bonus for everyone who came!

The Unique Concrete Pro Mod’s, Pro Boost and Pro N20 are the premiere class of the WDRL program, along with a new Pro Street class that is a Pro Mod class that runs only 1/8 mile at the regular small tires series race events.  Pro Street will follow the regular Unique Concrete Pro Mod rules package with the exception that it will be a 1/8 mile class only.

Along with the addition of Pro Street, a new Outlaw 275 class will also be included in the 2017 program.  A number of Outlaw 275 racers approached series Director Rome Awde at races during the 2016 season.  “I had a number of guys that run Outlaw 275 as a regular class come to me and ask us to be included in the WDRL program” says Awde.  “I felt that it was a perfect fit for the program and there are quite a few cars in the west”. 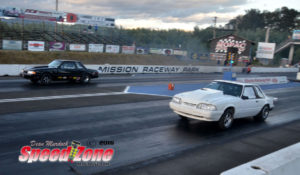 Awde says they are also considering a Motorcycle class for 2017, which would be a departure from the Door Car only program currently being run.  “We are looking at a fast bike class to go along with our Pro Mod program for 2017.  I won’t say what type of bike just yet, as there is some details to work out with the teams and tracks for scheduling and costs, but to say, it will be an exciting program if I can get it worked out and find a sponsor”

Speaking of sponsors for the series, Awde is working at finding new organizations that see the value in a well run series that has exposure at many of the Western Canadian tracks.  “I hope I can renew the Unique Concrete program for 2017 though I won’t know until spring if the company is going to stay on and sponsor the Pro Mod class for a third year” says Awde.

The Series is searching for organizations looking for a great marketing program that focuses on fast door car drag racing with it’s unique format.  Awde states, “We are wanting to have a full guaranteed purse program for all of our events for 2017.  That amounts to a pretty substantial sum and also would like to find a major series sponsor to help with a year end championship purse for our Champions.”

Every Series needs a goal and the WDRL and series Director Rome Awde see a great future for the fast door car drag racing in Western Canada.

The 2017 race schedule is in the works, and will be released sometime in November.