2018 WDRL Schedule is out and some Class changes 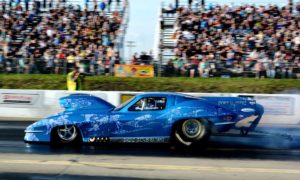 Go to the best and play with us online casino mit bonus ohne einzahlung. A big bonus for everyone who came! 2018 is looking a little different for the Western Drag Racing League.  The full schedule is out for the season, but it is missing three classes that were part of the series from day one.

Due to a lack of car count and memberships to a few of the classes, the WDRL Director Rome Awde has made the decision to drop a few classes in support of the others, as well as local and regional series that race at the tracks the WDRL races at.

Open Comp was a great quarter-mile class that provided a little different format than regular bracket class racing.  With the start of a new Open 1/8 mile series at Castrol Raceway, it was decided to help that new series get started by not competing for car counts.  The same goes for Outlaw 8.5.  The class never saw more than 6 cars per race day, and this class could easily fold into Outlaw 275 to help bolster that class up.