WDRL Down to One Series 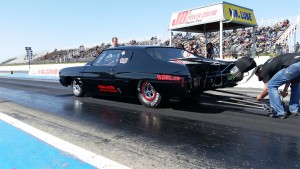 CALGARY, AB, Mar 13, 2019. Western Drag Racing League has announced today that the series will no longer include the Outlaw Small Tire Series as part of the 2019 WDRL Championship program. Rome Awde, President of WDRL Entertainment Group Inc. the parent company that operates the series states, “We had seen an drastic drop in car counts in our 2018 race series program, but with a steady growth in car counts in our region. So I have come to the conclusion that the drivers don’t want to support our series and try other things.” The small tire series consisted of Outlaw 10.5 and Outlaw 275 class cars. The WDRL had at one time been a program that included a number of classes to include cars that didn’t fall into normal local bracket racing programs. “I don’t have a problem with the cars going to other events and races, as long as the classes are supported locally, I am happy to let them go and do other programs.” says Awde. The series began back in 2012 as the JB’s Power Center Small Tire Series, and as the WDRL took off promoting Pro Mod racing in Western Canada, Awde incorporated the small tire program into the WDRL fold. As time has gone on the series has been supported less and less, with some races having no cars showing up. Awde goes on, “As these guys are so passionate about doing major, once per year type big buck races, I can see where it’s all going and the WDRL model isn’t it.”