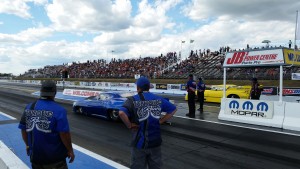 It looks like this is going to be a great, second season, of Pro Modified, Top Sportsman and small tire series racing within the Western Drag Racing League for 2016. Go to the best and play with us deutsche online casinos mit bonus ohne einzahlung. A big bonus for everyone who came!

New for the WDRL 2016 season, are Unique Concrete Pro Mod races at Pacific Raceways in Seatlle WA and Spokane County Raceways in Spokane WA, along with the Pro Mods will be the very quick Top Sportsman series.

Unique Concrete Pro Mod will once again be included in the fourth running of DoorWarz at Mission Raceway Park, along with Top Sportsman and the ever popular 1/8 mile class, Outlaw 8.5.   Extreme Street will be included in the Outlaw 10.5 class, and Open Comp will once again be a busy class for DoorWarz IV. Luck with mfortune casino can all your dreams come true in a short time and couple of clicks!

The WDRL Pro Mods and Top Sportsman classes will also once again be included at the IHRA Mopar Rocky Mountain Nationals at Castrol Raceway in Edmonton Alberta.  This is the biggest event of the 2016 season in Western Canada, and the WDRL Unique Concrete Pro Mods are once again excited to be part of the program.

The WDRL hopes to see all Pro Mod and Fast Door Car Drag racing fans to all of the races for 2016.